Short sea shipping means the movement of cargo and passengers by sea between ports situated in Europe or between those ports and ports situated in non- European countries having a coastline on the enclosed seas bordering Europe but without crossing the oceans.

The Short sea shipping includes domestic and international maritime transport, including feeder services, along the coast, to and from islands, rivers and lakes.

Short sea shipping can be divided in:

In 2013 Coastal seatransport represented more than 50% of  Flemish (Belgian) Seaports.

Flanders ranks in pole position for European Logistic Operations due to its inland location of 85 km inland Belgium. Of course distance by boat is almost 10 times more economic in transport efficiency than km by truck , by road.

We should also mention that Russia is gifted with a wide range of inland waterways. The North-Western part of Russia with the main port of St-Petersburg, due to its transhipment possibilities and restrictions remains the most important of the Russian Sea gateways, in comparison with:

St Petersburg is situated at the mouth of the Neva river, which is the entrance to the Russian inland waterway system with access to: 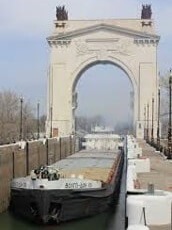 Short sea shipping and inland waterways are extremely important for transport of PROJECT CARGO where we see that indivisible loads are transported as is (no mounting or demounting of units), which means a substantial saving on rigging and staffing expenses.

Shore line coasters offer a solution for the limited airdraft : the steering room can be lowered to pass under the bridges. Maximising the use of shortsea shipping should offer a sustainable solution to congestion and improves mobility.

TPL is focusing on cargo (both containers and breakbulk) to /from North Sea ports, Black Sea, Baltic Ports hence contributing to better transitflows for deepsea destination (in Africa , Middle-East, Turkey).

Short sea shipping is closely connected to multimodal transport means. No European inland transport without using the many inland containerterminals which are available as per enclosed sheet giving an overview on the possibilities.

PLEASE FEEL FREE TO CONTACT US FOR A PRICE QUOTATION